Meet this charismatic town from another perspective!

Las Terrenas, is a town located on the Northeast coast of the Dominican Republic, belonging to the Samaná peninsula. It was originally founded by former fishermen and farmers, however, this town has a great foreign influence, so, Las Terrenas is a perfect destination for spontaneous tourism. Seductive beaches where the forest of coconut trees is synonymous with the Caribbean.

In this small town you will not only find kilometers of white and virgin beaches; you will find spectacular places to visit … Here you can enjoy hiking, sports, eating and drinking and of course its beautiful beaches … When visiting you will find everything you need; hotels to sleep in, restaurants to eat, bars and discos to have fun, from typical grocery stores to delicatessen shops. 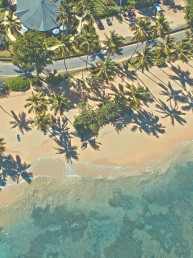 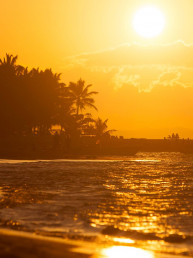 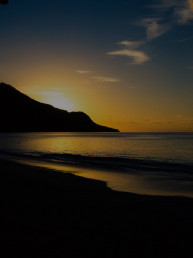 In 1975,  Juan “el francés” arrives at Las Terrenas, this is what changed the small community’s life, which was a town of fishermen, farmers, beekeepers, hovels, without water, without electric power, with hardly any neighborhood roads and without telephone communication. Juan is the Frenchman with his audacity to start the Tropic Banana hotel, which marks the passage for a modernized town. Beaches are the first tourist attraction, because they arouse the interest of visitors and residents. They are used to take a swim, take pictures of weddings, birthdays, film shootings, water sports by the waves and the stability of the winds. The colors of the most beautiful sands that exist. The hills represent a tourist attraction for investors and visitors whether Dominican or foreigners who seduce them to build or acquire a second residence preferably overlooking the Scottish Bay. The hills reinforce the beaches as the first attraction because people acquire them to see the sea. They are discovered after the heads of the beaches are bought. The fishing village that is an artificial tourist attraction that results from the combination of the construction of the ranches of the local fisherman and the ability of commercial transformation of the Europeans. The fun centers forms part of the tourist attractions of Las Terrenas. There are a variety of options and several environments; people can go to the small romantic places that exist around the beach, nightclubs,  and popular restaurants.

The town was founded in 1946, when the then President Rafael Leonidas Trujillo ordered that the poor inhabitants of Santo Domingo were relocated as peasants and fishermen. Las Terrenas was then a small fishing village isolated from the rest of the country: the track that linked it to Sanchez (asphalted only since 1989), was impracticable, and getting to this community was an adventure. There was also no electricity, which arrived in 1994. But it was worth it, the paradisiacal beauty of the place motivated more than one to make the effort, and little by little, Europeans of other nationalities came to try a bit of paradise. Over the years the calm village developed, and old fishermen’s huts have been slowly transformed into bars, restaurants and shops. The beauty of the place, the almost perfect coexistence between the different nationalities (French, Italian, German, Swiss, Canadian, American, Spanish, Latin and Dominican), contributed to turn Las Terrenas into the seat of national events. Today, Las Terrenas can equally please those who want to share family holidays and those who want to celebrate with friends, sports and those who want to rest, with many activities to do. Samaná was a famous port of slave trade for the English in the early 17th century. Today, the people of these provinces are a combination of Taino, Spanish, Antillean and African slaves. The name Las Terrenas originates from the French La terrienne (The landowner).

Las Terrena is a new access point for foreigners and people of the capital, Santo Domingo (SD). Since the completion of the new highway between Santo Domingo and Samaná, the people of SD have begun to arrive more frequently. The trip lasts 2 hours from the center of Las Terrenas to the center of Santo Domingo. In addition, the new El Catey airport is open for international flights, which is mainly used for connections to Europe and Canada.  In March 2012 the new highway part between El Catey and Las Terrenas was also completed. In fact, all roads are paved. 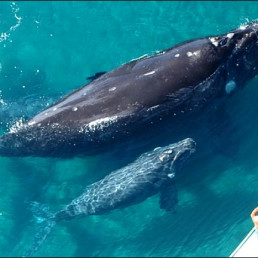 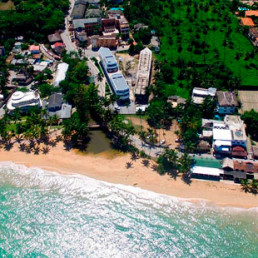 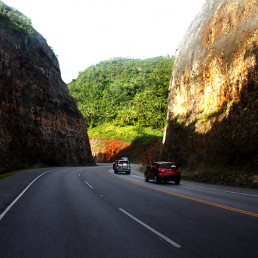 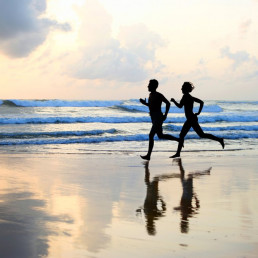 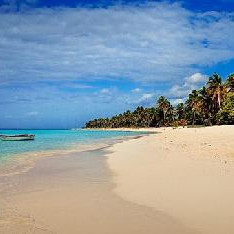 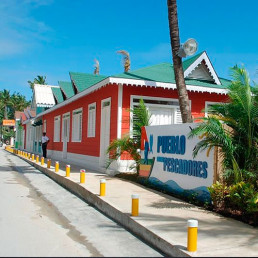 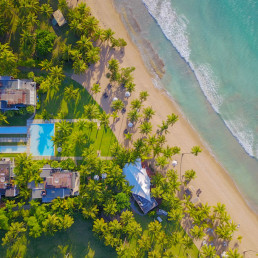 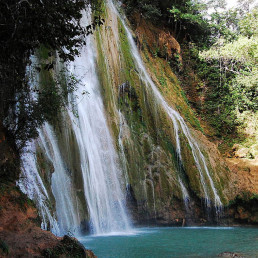 Las Terrenas developed a new aqueduct that is ready and running as of 2013. In addition,  in  March 2014 a new fiber optic Internet / TV / telephone system was installed that has progressively improved communications and network connection. The Cosón area just 2 miles from Las Terrenas, is the new real estate access point with five large completed projects, including: Playa Bonita Residences, Sublime Samaná  (Small Luxury Hotels of the Humanity Member) , Coson Bay, Coson Hills and Colina al Mar… Considered the prime places for those who seek to have residence between the rising mountains and the bay of Cosón. The Península House 5 Star Hotel is also located in Cosón, and is recognized as one of the most important hotels in the world today.